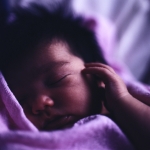 MADISON - Parents leave the hospital with a newborn who looks perfectly healthy. But a short time later, their doctor calls to say that the baby has had an abnormal screening-test result and needs follow-up testing.

With more than four million American babies screened every year for a range of disorders, that anxiety-producing scenario is becoming more common. A Wisconsin nurse-researcher is now leading an effort to find a better way to help parents understand complex medical information and cope with it emotionally.

Wisconsin in 1994 became one of the first states to mandate newborn screening for cystic fibrosis (CF), an inherited chronic disease that affects the lungs and digestive system of about 30,000 children and adults in the U.S., according to the Cystic Fibrosis Foundation. Early detection and treatment offer hope for fewer complications and better health for affected infants.

Audrey Tluczek, an assistant professor in the UW-Madison School of Nursing, wants to eliminate some of the worry and stress that accompanies genetic counseling for CF. She is working with the Wisconsin Genetic Counseling Consortium (which includes genetic counselors throughout the state) to develop a family-centered genetic counseling model for parents of newborns. The project is funded by the National Institutes of Health, the Institute for Clinical and Translational Research (ICTR) at the University of Wisconsin, and the Fraternal Order of the Eagles.

There's only a 3 percent chance of a baby having CF when a genetic mutation is found, but that's not much comfort if parents don't understand it. To have cystic fibrosis, a child must inherit one copy of the defective CF gene (called a mutation) from each parent.

"In the case of newborn screening, parents usually think they have perfectly healthy children," Tluczek says. "Then the doctor comes to them and says, 'Your infant had an abnormal newborn screen. You need to go get an additional test done.' So, this is unsolicited, unexpected and pretty scary information that hits them out of the blue."

Newborn screening for CF includes DNA analysis, which can detect not only infants who actually have CF, but also carriers - those who have only one defective gene and thus do not have the disease. The Wisconsin Newborn Screening Program tests for the 23 most common CF mutations, but there are more than 1,600 potential mutations. So if only one mutation is found, there is still a chance that another mutation is present.

Infants with a mutation need a "sweat test" to see if the child is just a carrier or actually has CF. Parents of a child with an abnormal screen will be directed to a testing center for the test, which measures the amount of chloride in sweat. Children with CF have two to five times the normal level of chloride in their sweat; carriers will have normal or negative results.

During the appointment, parents also meet with a genetic counselor to discuss the test results and implications for the parents, their child, and their extended families.

Understandably, this is a worrisome experience.

"Our research shows a high percentage of parents have high levels of depressive symptoms when they come in for the sweat test because they're so worried that their baby might have CF," Tluczek says, "so we decided to develop a counseling model that might ease their distress and help them remember important genetic information."

The new model involves assessing parents' needs for emotional support and information, and then tailoring the counseling to meet the individual needs of each family. The study is currently underway at American Family Children's Hospital, Children's Hospital of Wisconsin in Milwaukee, and The Marshfield Clinic in Marshfield, Wis.

Tluczek is documenting parent satisfaction with the sessions; how well parents retain information; and their level of distress before and after the initial counseling. Although the results won't be available for another year, Tluczek says parents' early reactions have been positive. She hopes the new model will prove useful for parents dealing with a wide range of possible diagnoses.