Are Your Sleep Problems Contributing to Heart Disease?

Are Your Sleep Problems Contributing to Heart Disease?

Concerned you may have sleep apnea? Take a brief screening quiz to find out. 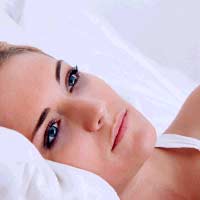 Madison, Wisconsin - Sleep disorders don't only make you tired and crabby. They can also contribute to heart disease.

Dr. Ruth Benca, director of the Wisconsin Sleep clinic and research facility, says that there are links between common sleep problems and cardiovascular disease. Sleep disorders such as sleep apnea, insomnia and restless legs become more common as we age, and can contribute to cardiovascular risks.

Sleep apnea, the repeated breathing pauses associated with snoring, is typically seen as a men's problem, but it is becoming more prevalent in women as well, particularly after menopause. This is related to a number of factors, including increased relaxation of the muscles in the throat that occurs with aging, weight gain and even medication effects.

Apnea is highly associated with obesity, but can be a problem for normal weight women as well. In women over 50, about 15 to 20 percent have mild apnea, with 5 to 15 sleeping pauses per hour, and another four percent have moderate or severe apnea, with more than 15 pauses.

Untreated sleep apnea can lead to hypertension, as well as increased risk of heart attacks, arrhythmias and strokes. Deaths from cardiovascular causes are increase by apnea.

"It's a vicious cycle, because apnea can make other cardiovascular risk factors worse," Dr. Benca says.

Insomnia, which is difficulty falling or staying asleep, can be associated with depression. It can also be a side effect of other sleep problems that constantly disrupt a good night's rest. For women, the hormonal changes of menopause, including hot flashes, can also disturb sleep.

"As we age, we tend to sleep less and our sleep is less deep. On top of that, however, we develop other medical problems and take medications that can contribute to insomnia," Benca says. Studies have shown that chronic insomnia can lead to increased blood pressure, probably related to chronic hyperarousal.

Another common sleep problem, restless legs syndrome, is more common in women, particularly with aging. Symptoms include a sensation or uncomfortable feeling that results in an urge to move the legs.

Benca says that studies have suggested that women with restless legs may have an elevated risk of coronary artery disease. One reason may be that the disrupted sleep and arousals cause the same problems as apnea and insomnia – blood pressure that doesn’t drop at night.

The good news is that all three sleep conditions respond well to proper treatment. To evaluate your own sleep problems, consult with your health care provider.