Are You a Superstitious Athlete?

Are You a Superstitious Athlete? 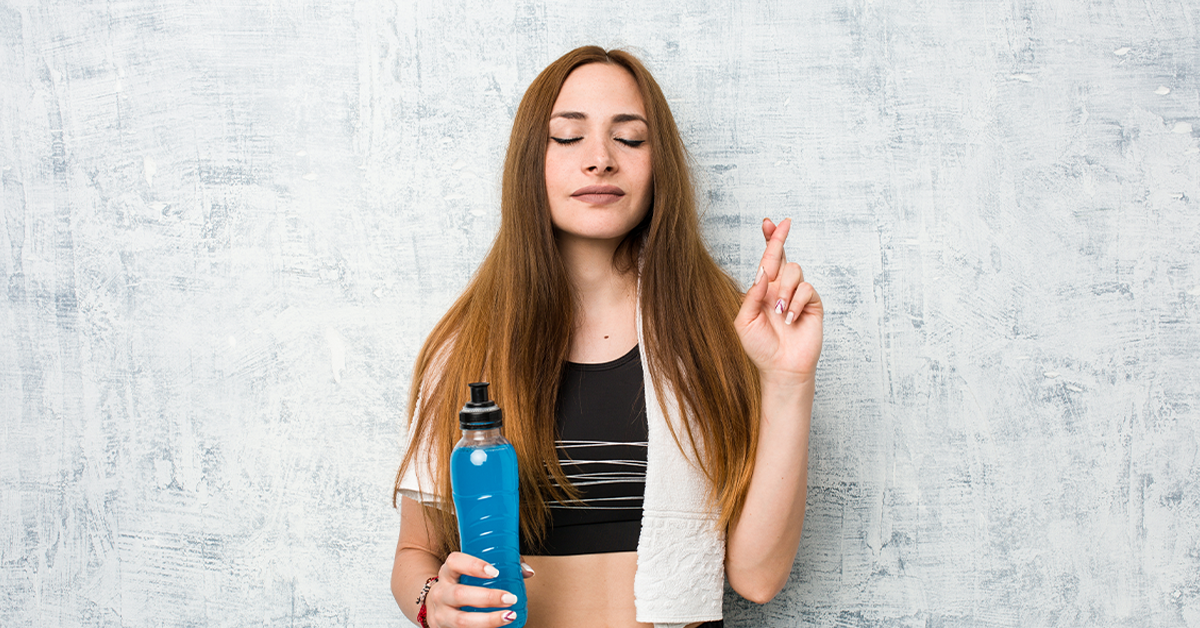 Most professional and college hockey players grow beards during the playoffs.

One former pro basketball player had a pair of shorts for each NBA team and would wear the ones with the logo of his team's next opponent to bed each night during the season.

And baseball players are well known for following any number of rituals in search of success, from not washing their hats, helmets and uniforms to specific food and numerical requests.

Yes, superstitions are plentiful in sports. But do they help or harm performance?

"There are aspects of it that are helpful and aspects that actually hinder an athlete," UW Health Sport Psychologist Shilagh Mirgain, PhD, explains. "You can become too dependent on the superstition and not dependent on yourself."

First and foremost, it's important to differentiate between superstition and routine.

"Superstitions have no relevance to performance, it's no part of your preparation. True superstitions are uncompromising and rigid, and oftentimes they're irrational," Mirgain said. "On the other hand, routines really foster performance."

The two acts can seem similar and the line between them can be blurry. The difference lies in the individual's motivation to perform the action and what he or she believes will be the consequence of not following that behavior.

For example, an athlete who stops at the same restaurant each day at an exact time and purchases the same meal each day is being superstitious. But if you're watching an NCAA tournament game and see a basketball player doing the same thing before every free throw he or she shoots, that is a routine.

"It can look really weird, but it serves as a way for the athlete to calm himself or herself, physiologically. And it can serve as a distraction to the nerves, cue you to remember aspects of your performance and help you block out unwanted thoughts. Our mind can often really only focus on one thing at a time, so it can foster a greater sense of control and calm."

That control is what the mind is seeking when it forms superstitions.

"If you make a good play or you have a good game and great performance, you want to make sense of that," Mirgain said. "So often you'll look to, 'What was I doing?' and try to replicate that. ... It helps us feel in control. Often, people turn to superstitions when the stakes are really high and the results are uncertain."

This helps to explain why some athletes will only chew a certain color gum or must drink a specific flavor of Gatorade: The results are almost always in doubt, especially at the highest levels.

The biggest problem with superstitions is the investment of mental energy.

So then what happens if an athlete can't follow his or her superstition? What if that restaurant is closed or runs out of your favorite food? What if you can't find the "right" kind of gum or the red Gatorade?

"If you can't do it, what happens to your performance?" Mirgain said. "If your lucky socks go missing, does that derail your performance? If that's the case, then they're really not serving you.

"The question is: 'Is this helping me?' Routine helps preparation, it is helping you, versus superstition, which is kind of irrational."

Mirgain stresses three things when she works with athletes: Calming, control and confidence.

"I'm helping them differentiate between what's really helping and what's just noise and taking up energy and mental energy," she said. "Does it lower your anxiety and help you be calm, or does it fuel your anxiety?

"In that pressure moment - 1 second left and we have to make the play - we want to know that we can rely on ourselves and we have within us what we need versus turning to superstition. ... I would rather draw on evidence-based routines, like deep breathing or a mantra, instead of a playoff beard."

No Need for Lucky Socks

When Mirgain was in elementary school, she had a superstition.

"I used to have lucky socks that I would wear before tests. I think they had hearts on them and they were pink," she recalled. "And once I remember there were two tests in a row, so my mom had to wash them in between - because they also had to be clean socks."

By the time she had gotten into high school and played volleyball, she turned to a routine rather than superstition: Easting a pasta dinner the night before and using a certain sequence before she served the ball.

"It didn't make me an Olympian, but it seemed to help," said Mirgain, who added that she now uses a routine to prepare for her live television appearances - rather than relying on lucky socks.