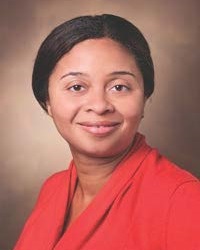 Many things can influence a person’s risk for developing cancer. Some are modifiable lifestyle factors like smoking or sedentary behavior while others are less modifiable genetic factors. Take the amount of vitamin D in a person’s blood, and you have a little bit of both.

“Testing blood levels of vitamin D in a clinic setting happens pretty routinely already, and vitamin D supplements are relatively inexpensive, so it would be great if that could be something that people could take to actually reduce risk,” Warren Andersen says.

The amount of vitamin D in the blood is determined by things like sunlight exposure, BMI and diet as well as genetics. To study how genetic variants are related to vitamin D, Warren Andersen and her colleagues at Vanderbilt University, first systematically look across the genome and evaluate whether DNA variants are statistically associated with blood levels of vitamin D. Then, she uses the information from all the variants that are related to vitamin D to create a “genetic score.” This genetic score represents the portion of vitamin D in the blood that is determined from a person’s genetics.

Join the UW Carbone Cancer Center on March 3 for Bowlin' for Colons.

In addition to looking at how blood levels of vitamin D affect colorectal cancer risk, Warren Andersen and her collaborators are also interested in studying how blood levels of vitamin D are related to colorectal cancer tumor characteristics. The body uses Vitamin D to make a hormone called calcitriol that regulates multiple cellular signaling pathways as well as the expression of many different gene products in cells. Previous studies in animal models and cell lines have also shown that vitamin D is related to various anti-cancer effects in cells; including cell death, cell proliferation, and inflammation. By evaluating tumor differences and measuring tumor characteristics that represent the cellular processes vitamin D influences, Warren Andersen hopes to get a better sense of the relationship between vitamin D and colorectal cancer.

An important aspect of Warren Andersen’s research is that she and her collaborators are carrying out their genetic study in three different populations: individuals of European ancestry, Asian ancestry, and African ancestry. Since individuals with more melanin synthesize less vitamin D for the same amount of sun exposure, people with darker skin typically have lower levels of vitamin D in their blood. By including persons of African ancestry in the study, Warren Andersen’s results could provide people who may benefit more from vitamin D supplementation with a means to reduce their risk for developing colorectal cancer.

Some of Warren Andersen’s other research shows that traditional risk factors, like smoking, alcohol use, and sedentary behavior, are not as strongly associated with cancer risk and colorectal cancer risk in African Americans and individuals of a lower socioeconomic status as they are for white people or individuals who have higher socioeconomic status.

“The majority of data at this point has been collected on individuals of European ancestry,” Warren Andersen says. “Research findings may be more broadly applicable to the general population when we include and do research with all racial and ethnic groups.”