Barbara Ellingson-Raisbeck wasn’t looking forward to the day she had to return her two grandchildren, ages 5 and 7, back home to mom and dad. After spending 10 days with grandma and grandpa at their northern Wisconsin home during the summer of 2019, the time came to pack everything up for the 4 ½-hour drive from Sugar Camp, Wisconsin to Brooklyn and Devin’s home in Rockford, Illinois.

“My husband, Tom, and I had so much fun entertaining our grandkids,” Barbara says. “It’s always kind of a letdown when we have to take them back.”

With so many “treasures” filling the car – courtesy of their grandparents --  there was not enough room for four occupants, so Tom stayed home while Barbara drove the grandkids home.

Just before backing out of the driveway, however, Barbara had a premonition.

“Am I going to make it all the way?” she asked herself. Her doubt would prove to be rather prescient. 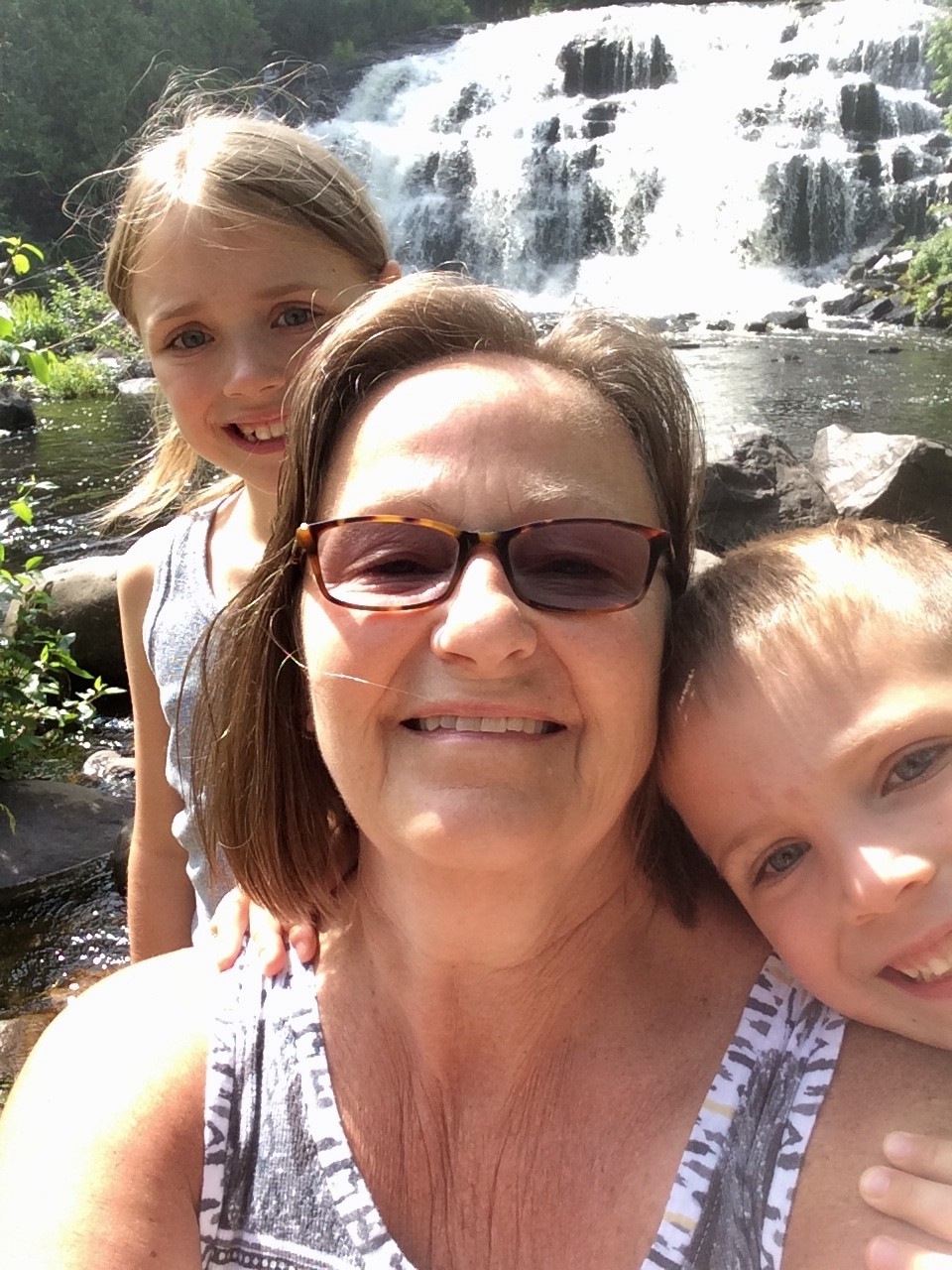 Barbara and the two children headed out, making a brief stop for lunch. As they resumed their travels, a nasty windstorm kicked up with an intensity so fierce that many drivers, including Barbara, pulled over to wait things out.

“The storm will soon pass, and we will be fine,” she reassured the children.

After resuming the drive south, Barbara was suddenly overcome by an inexplicable medical emergency. Thankfully, she was able to safely stop the car alongside the highway. She also decided to make a phone call that may have saved her life.

"Hang on to Grandma’s arm."

"I could only see the color white,” she says. “It was very scary. I reached my arm across the seat and grabbed the hands of my grandkids. I told them, 'Hang on to Grandma’s arm. Grandma needs to call 911, but we’re going to get through this.'"

Barbara couldn’t say exactly where she was but knew enough to tell the 911 operator she was near Plover, Wisconsin. She vomited a few times, maintained consciousness, but within minutes found herself slumped over the steering wheel. Later that day, doctors would confirm that Barbara had a ruptured brain aneurysm – the bursting of a blood vessel inside the brain.

“I didn’t know it at the time, but Devin, my 5-year-old grandson, was rubbing my back trying to wake me up.”

“Grandma wouldn’t listen to me,” Devin later told his parents.

Fortunately, an ambulance soon arrived. The officer knocked on the window, urging the children to unlock the door so they could attend to Barbara.

Barbara was taken to Stevens Point Hospital, then to Madison

As soon as the three passengers were safely placed in the ambulance, they were taken to the nearest hospital, Aspirus Stevens Point, where Barbara’s husband, Tom, would arrive and stay with the kids until their father could pick them up.

“They put the kids in a room at the hospital, and thankfully they were able to do some coloring and be content,” Barbara says.

An MRI revealed something of great concern on Barbara’s brain, meaning she would need to be rushed by ambulance to University Hospital in Madison.

“My son Jeff – Brooklyn and Devin’s dad -- was heading north on I-39 to pick up his kids,” says Barbara. “He remembers passing a southbound ambulance thinking it was probably me.”

Minutes after Barbara’s ambulance arrived at UW Health’s Emergency Department, her oldest son Brian and his wife Kirsten from nearby Cottage Grove, Wisconsin got to the hospital.

“We were shocked to see Mom awake, talking with the doctors and nurses,” Brian recalls. “Given the severity of an aneurysm rupture, they thought her alertness at the time was a good sign.”

After Barbara underwent a few tests to confirm the aneurysm and its location, UW Health neurosurgeon Azam Ahmed, MD, came in to say he would need to do surgery right away to ensure it would not start bleeding again. Her husband, Tom, arrived just in time to see Barbara taken to the operating room.

To access the aneurysm, Dr. Ahmed began by removing a piece of Barbara’s skull -- specifically a piece of bone reaching from the middle of her nose to the back of her ear.

“After we clip the aneurysm to prevent future bleeding, I would typically put the piece of skull back right away,” says Dr. Ahmed. “Because Barbara had so much swelling, however, we had to close her up in July and have her come back for one more surgery in September, when we re-attached the stored piece of bone to her skull with titanium plates and screws.”

After the second surgery to restore the piece of bone, Barbara’s head looked completely normal again.

“You really can’t tell that she had a big piece of bone removed,” says Brian. “She has a nice round head like you and me.”

At 65, Barbara shows little sign of slowing down. She works part-time at a hotel and loves staying busy in Wisconsin’s north woods.

She also thinks every day about how lucky she was to avoid a far more serious fate.

Her son Brian wonders if his mother would have even called for help had she not been driving with her two grandchildren.

Calling 911 probably saved her own life

Who knows if she would have just lay down if her symptoms happened at home?” Brian wonders. “I think being on the road with her grandkids heightened the sense of urgency.”

Barbara isn’t exactly sure what made her call 911, but she has four words that everyone should live by if ever in doubt: Listen to Your Body.