Yoga for Back Pain

Yoga for Back Pain 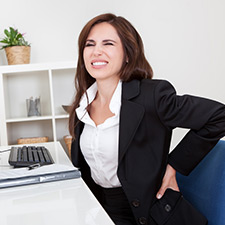 Low back pain is the second most common cause of disability in the United States, according to the National Institutes of Health. Nearly 150 million work days are lost every year because of it, and between 100 and 200 billion health care dollars are spent trying to relieve it.

Even when it's not debilitating, says Pat, it can prevent a person from doing the things she likes doing, and living her life the way she prefers.

"I haven't had a major injury," she says, "but I was starting to have aches and pains. I've been an active person all my life, and I want to be able to do physical activities for a long time."

That's why Pat enrolled in Iris Mickey's eight-week Yoga for Back Care in the Wellness Studio at UW Health at The American Center. The class uses slow, subtle yoga poses that work the core muscles that support the back to teach attendees how to maintain proper spinal alignment.

"A lot of times, with people who haven't had any injury, back pain comes from poor postural alignment and not using your core muscles," Iris says. "The back takes the toll."

Iris has completed a two-year advanced training program to become a Certified Yoga Therapist, and in her class she demonstrates how to help the strain of bad back habits by teaching yoga poses that call the muscles that support the back.

"When I think of the core, I think of the deeper abdominals and the back muscles. This whole part," she says, indicating the broad region from chest to waist - "has to be strong to support you to move and be active." 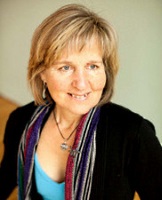 The yoga that Iris teaches in her back care class bears little resemblance to the fast, lashing movements of many modern power flow and Vinyasa yoga practices. Many of the poses originate in sitting or prone positions and involve movement barely noticeable from a distance.

In a recent class, a solid five minutes were devoted to a pose during which participants lie on their stomachs with their arms in a "goalpost" position on the ground. Directing attention to their core, class attendees slowly and simultaneously raised their right arms, left legs, and heads, then let them gently return to the floor. They repeated the movement with a left arm/right leg combination, and repeated that sequence a number of times.

For those accustomed to more aggressive routines, it may hardly seem like yoga. But in Iris' class, simplicity and attention trigger effective, healing movements.

"Yoga has become more of a workout," Iris says. "But it is really meant for union of mind and body. It is profoundly therapeutic when it's used slowly and mindfully."

Mindfulness, or paying attention to how the body reacts to the movements taught in class, is a difficult but key element to healing what hurts the spine. If class participants can listen to what their bodies are telling them, they can improve alignment and posture that helps spine health.

"The body wants to heal itself but sometimes it needs help," Iris says. "When back pain arises, it's often a signal to stop or that you need different alignment or engage your core more. If we can learn to tune into what is good movement and what isn't, it's self-empowering."

Pat is already reaping the awards of that attention.

"I'm more aware of how I do things with my back during the day," she says. "I think about (alignment and posture) when I'm going to lift and twist, when I'm driving for an extended period of time. By continuing to come to class, it's like you're learning something new but remembering what you did in the last class. It becomes a habit."

A habit that is directly applicable to a person's everyday movement, Iris says.

"The class is really about them learning," Iris says. "I'm happy when I hear people say, 'I'm sitting up straighter when I'm driving.' I want people to be able to take yoga off the mat."