Tips to Help Female Athletes Reduce Their Risk of Injury

Tips to Help Female Athletes Reduce Their Risk of Injury 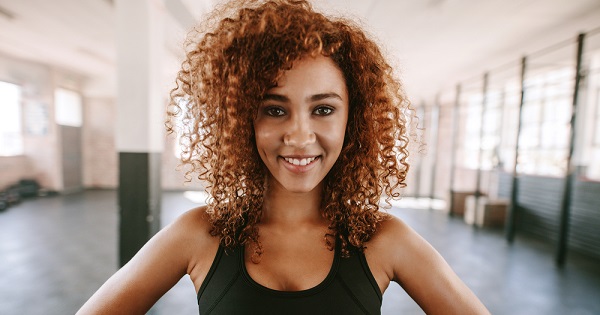 Women’s bodies are capable of some miraculous feats, but those physiological differences can also put women at higher risk of injury. Whether you’re swimming laps in the pool or working up a sweat on the running track, joint hypermobility, hormones and other factors can make you more susceptible to getting hurt.

“Historically, women have been understudied in all aspects of medicine, and that includes sports medicine,” Hammer says. “For example, in concussion research, participants tend to be male football players, and one of the dangers in applying those results to women is we don’t actually know how generalizable those results are. Researchers around the world are working to rectify that.”

Here’s what researchers know about the injuries most likely to affect women athletes and how to prevent them:

The Women's Sports Medicine Clinic is for women whoare 12-50 years old and want to return to sport or activity following an injury.

ACL tears. Women are significantly more likely to tear their anterior cruciate ligament (ACL), which can cause lifelong knee problems if not corrected. Because fluctuating hormones make women’s tissues more lax at certain times of the month, there’s a theory that softening tissue can contribute to ACL tears.

Differences in muscle mass can make a difference, too. “In general, women are less strong and have less muscle mass than males, so, for example, ACL tears are more likely to occur if an athlete doesn’t have the strength to keep her knee stable,” Hammer explains.

Bone stress injuries. “The proportion of estrogen to testosterone makes women more likely to develop overuse injuries,” Hammer says. And that includes stress fractures. “If they’re running excessive amounts or increasing running too quickly, that can lead to inflammation and eventually weakness in the bone. For men, it takes more exposure and more force to develop those injuries,” she notes.

Overuse injuries to muscles and joints. Women tend to be more flexible, but that hypermobility has a downside. “If a joint has more range of motion, that does make it less stable, and that micro-instability can lead to pain in the setting of repetitive motion,” Hammer says. That’s one reason why female swimmers tend to experience more shoulder pain. Patellofemoral syndrome, which affects the kneecap, and ankle sprains are also more likely to affect women.

Concussions. Men are more likely to participate in contact and collision sports, which are the most likely to cause concussions, but after controlling for sport choice and participation rates, “there is some evidence that concussions are more common in female athletes,” Hammer notes. “One of main theories that explains this is that women athletes might be more likely to report their concussion injuries because there’s a major problem with underreporting of concussions.” Another possibility is that women might have less neck strength and thus are more likely to be injured if they head a soccer ball. But the research is not conclusive, and there’s a need for more study of the impact of concussions on women, Hammer says.

How Female Athletes Can Reduce the Risk of Injury

So what can you to reduce your risk? Be proactive. Hammer offers this advice:

Build up your strength and stability. “We can’t change our hormonal makeup and we can’t really change the fact that women tend to be less muscular, but we can improve the way that our joints function,” Hammer says. “Interventions that promote stability can help prevent pain and injury.” Consider seeking guidance from a physical therapist or sports performance specialist to address deficiencies in strength or movement patterns.

Go slow. If you were a high school or college athlete and then took a break, you might be tempted to dive in at a higher level than your body is prepared for. “People start overly optimistic,” Hammer says. “Too quick of an acceleration in your training program can lead to injuries.”

Be especially cautious post-pregnancy. Women who’ve recently delivered babies face even higher risk because of the softening effects of progesterone, which is higher during pregnancy. “That laxity persists for months, if not a year after delivery, so women who want to return to sport tend to have more injuries after pregnancy,” Hammer says. Consider a running evaluation through UW Health’s Active Moms Running Clinic to identify any postpartum running issues.

Cross train. Overuse injuries are increasingly common among young athletes who specialize in a particular sport early. “There are pressures on kids and parents to become more involved in sports than is healthy,” Hammer says. “So a lot of my job is to help patients determine what is an appropriate amount of sports and exercise.” Even as an adult, it’s important to make sure that you’re not overdoing it, and to vary your exercise so you aren’t repeatedly stressing the same parts of your body. Cross-training also gives you another activity to fall back on if an injury sidelines you from your favorite sport.