The Ratio for Positive Relationships

The Ratio for Positive Relationships 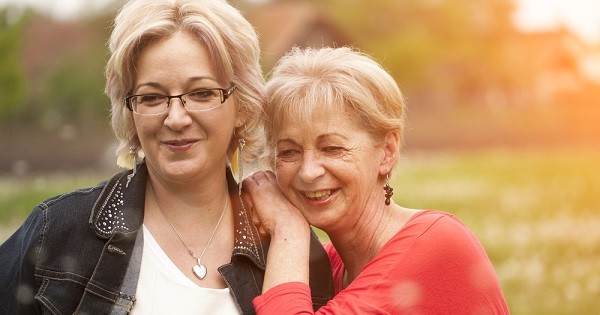 Think about a person in your life it feels good to spend time with – a friend, family member, partner/spouse, coworker or even a neighbor. Do you usually walk away feeling like you had more energy, even happy?

Now think about a person that may leave you feeling drained or low on energy. Do you avoid interacting with them?

When you consider the differences within your relationships and interactions, what makes one uplifting and another draining? It could be the positivity ratio.

“There’s a ratio of five to one - in healthy relationships, there are typically five positive interactions to every negative interaction,” explains UW Health psychologist Shilagh Mirgain, PhD. “A positive interaction could be shared laughter, an expression of appreciation or joy while the negative can be a complaint or criticism – and it doesn’t have to be directed at your personally.”

There are times when we encounter someone Mirgain describes as an “Eeyore” – the storybook character famous for his pessimism. And when we do, it can leave us feeling drained because everything takes on a negative tone. While it’s not practical to think we can avoid people like that, we can work on shifting the interactions toward the positive.

She shares the story of a friend who once had a coworker who was frequently negative. He found over time it affected his attitude as well – he began dreading meetings and other interactions with the individual and struggled to stay positive about the work. He realized the best way to deal with the situation was to shift the dynamic. “He started by asking his coworker what was new and good in her life. Overtime, he began expressing appreciation for things she did. While the individual didn’t change dramatically, it did begin to shift the dynamic in a more positive direction.”

Mirgain says it’s important to think about taking responsibility for setting the tone. In the case of her friend, he adopted what she calls a “resolve to solve” attitude which relies on three elements:

“There’s a saying – It takes teamwork to make the dream work – and really it takes working together to keep things running smoothly whether that’s within a workplace or a family,” she comments.

Mirgain notes that in the U.S. there’s often a prevailing attitude that we pull ourselves up by the bootstraps and don’t rely on anyone else. But the reality is that we are social and interactions with each other are crucial to our well-being. Even research on healthy aging has found that positive social interactions are key to our longevity.

“We’re meant to be inter-dependent,” she says.

When relationships are developing, Mirgain explains there is often a “honeymoon phase” – everything is new as you’re getting to know each other. Then a second phase sets in where your differences become more apparent and there may even be a few power struggles. The challenge is how you manage the differences.

“We often take things for granted in relationships, but if something is bothering you don’t assume the other person is aware of it,” says Mirgain. And that can mean letting go.

She shares the story of a friend who realized she and her husband had fallen into a pattern of housework and it felt unfair. After talking about it, the husband agreed to take on other chores, including the dishes after dinners. The problem is that the friend would come in after her husband had loaded the dishwasher and completely shift things around. When he caught her in the act, she realized she needed to let go if she didn’t want to do the task herself.

“Once you’ve expressed yourself, you need to step back and not be critical. And you may need to find ways of managing things between the two of you,” she comments. That may include putting tasks on the calendar so one person doesn’t feel like they have to nag to get something done. Find a method that works between the two of you. And remember, relationships require constant care and feeding.

“We change and grow over time and our relationships do as well,” she says. “We have to commit to working together and that starts by being honest with ourselves.”