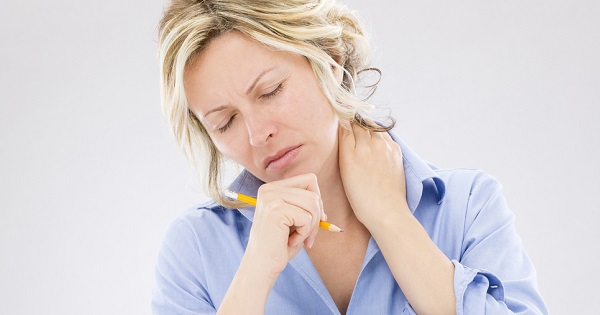 When the temps turn colder, it usually means snow isn’t far behind and with it, slippery roads. No matter how careful a driver you are, at some point you may get into a fender bender. Even though it may seem like it was your car that suffered the most in the collision, there is a chance you may have experienced whiplash.

Lori Thein Brody, a physical therapist at UW Health, explains that whiplash results from the momentum of the body being pushed backwards by the impact, then flung forward to be stopped by the restraint of the seat belt and subsequently pushed back again. While seat belts keep us safe from more significant injury, the act of restraining a body puts tremendous strain on the neck.

“The neck ordinarily forms a C-shape,” she says. “When you are hit from behind in a car, the neck adopts an S-shape as it moves forward and snaps back. The resulting strain on the muscles causes whiplash.”

What many don’t realize, notes Brody, is that women are more at risk for neck injuries than men due to anatomical differences. The head-to-neck ratio of women is smaller because the necks of women are more slender. Even a shorter man in the same situation as a woman will be less likely to get whiplash simply because their necks are thicker and can stop their heads from moving as rapidly.

“Some of it has to do with strength,” says Brody. “A woman’s neck is not as strong as a same-sized man. The average woman’s neck is shorter than a man’s, and the circumference is smaller. As a result, a woman’s neck is more likely to bend and buckle under loads.”

While you can’t always prevent a rear-end collision, keeping your headrest positioned correctly can help reduce the risk for injury. According to Brody, the top of the headrest should be level with or just above the top of your head. The back of the headrest should be as close to the back of your head as possible. This is the most frequent positioning error seen, likely due to reclining seats.

“The farther your head traverses in a whiplash or a rear-end collision, the greater the injury to your neck,” she explains.

If you do find yourself in a car accident, Brody says getting treatment early promotes a faster healing process and she recommends seeing a physical therapist within two weeks of sustaining a neck injury.
“While physical therapy focuses on reducing and treating any existing pain, the goal is also to prevent chronic neck pain,” she says.

Chronic neck pain is defined as pain and disability that lingers after three months and interferes with daily life. The ‘wait and see’ approach of waiting to see if the pain resolves over time is not recommended, according to Brody. Chronic pain is likely to develop if certain factors are present, but individuals aren’t necessarily aware of what those are. Through an examination a physical therapist can help identify who may be at greater risk of developing chronic neck pain and develop a treatment plan to prevent problems from setting in.