Is it Influenza or an Influenza-Like Illness?

Is it Influenza or an Influenza-Like Illness? 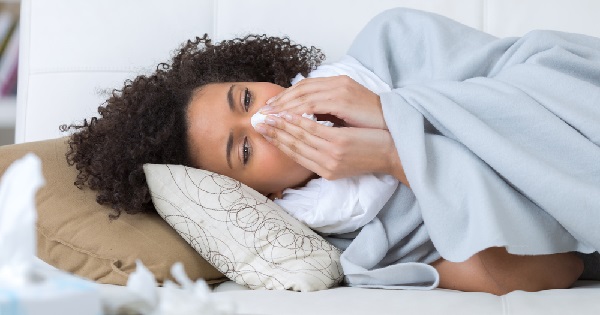 Sore throat, fever, cough – must be the flu, right? Maybe and maybe not. It could be an influenza-like illness. The differences can be confusing - and lead to some misconceptions - but they are important.

UW Health family medicine physician Jonathan Temte, MD, explains that the simple definition of influenza-like illness from the Centers for Disease Control (CDC) is an illness with a fever of 100 degrees or higher, along with either a cough or a sore throat that is not due to any other known cause. Strep throat, for example, would not meet the criteria.

Understanding the Differences Between Influenza and Influenza-Like Illness

“Unfortunately there’s a lot of mis-use of words out there, which can lead to confusion,” he says. “Flu is often used as a generalized term that stands for influenza but is also used to describe colds and even the stomach flu – which is totally different.”

Don't leave the sofa. Have a video visit with a provider using your computer, tablet or smartphone.

Log into UW Health Care Anywhere and get started

Temte, who researches influenza and influenza-like viruses in local communities, explains that there are many viruses that are contagious and cause similar symptoms to influenza. The only way to know for sure whether someone with symptoms has influenza or a flu-like illness is to perform a laboratory test to confirm it.

To someone suffering from body aches and a sore throat, the distinction between flu or flu-like probably doesn’t matter as much – they feel lousy either way. But the subtle difference can lead to some erroneous beliefs, like the influenza vaccine causes the flu.

“The time of year we have our influenza vaccine clinics is often September, October and November,” Temte explains. “We see a tremendous rise in respiratory infections in that same time frame – school is back in session, so there is an increase in illnesses circulating. People getting the influenza vaccine may associate their illness with the vaccine rather than having sat in a waiting room where there are sick kids.”

Another assumption, Temte adds, is that only those who are actively sick can spread the illness.

“While it’s important to stay home when you are sick,” he says, “the reality is that individuals who have influenza can spread it without actually experiencing significant symptoms.”

He points to the 2009 pandemic of H1N1 when 58 percent of individuals with laboratory-confirmed influenza did not actually have influenza-like illness symptoms.

When it comes to treatments, alleviating the symptoms of either influenza or flu-like illness through time-worn techniques – good hydration, hot showers for congestion, over the counter medicines like ibuprofen for body aches – can help. But when it is a flu-like illness, it will just have to run its course – there are not currently any effective anti-viral medications to treat it. When it is influenza, Temte says, there are medications that can be highly effective if used very early in the course of symptoms. “By very early, we mean starting the medication within 48 hours of the first symptoms of influenza,” he says.

It can sometimes be hard to know when to call a doctor and when to wait things out. While you should always contact your doctor if you have questions or concerns, Temte explains that there are a few things he looks at when trying to make a determination. If there is an abrupt onset of symptoms - people go from feeling well to unwell in a matter of minutes to an hour, or if there are fever, chills, cough or sore throat – that’s a good reason to call into the doctor or other caregiver.

Influenza tends to last within a community for eight to nine weeks – meaning approximately 90 percent of cases will occur during that time frame. If a patient visits the clinic with a fever, cough and sore throat during the peak, there’s a good chance it is influenza.

Preventing the Spread of Illness

Unfortunately, there’s no magic cure-all and no secret to preventing the spread of illness. The virus can linger on surfaces – grocery cart handles, door knobs, even the office coffee pot. The person next in line to touch those surfaces then rubs their eyes or nose, and the virus continues to spread. Maintaining a “polite distance” from people – roughly four feet – can help and, of course, hand washing, staying home when sick, covering coughs and – most important of all - getting vaccinated.

“The sad fact is that we under-utilize influenza vaccine,” Temte said. “The current estimate is that only 40 percent of children aged 6 months to 4 years are vaccinated, while only 30 percent of school-age children are.”

While critics may argue the vaccine isn’t always effective, the reality is that the vaccine does help reduce the risk of getting influenza. Perhaps equally important is that the vaccine can lessen the severity of influenza, which ultimately helps reduce complications, which can include death from flu-related causes.

“At any point and time there are approximately 10 million individuals in the U.S. who are on an immunosupressent drug. Then there are individuals who have infants at home or visit long-term care facilities who are at a greater risk or of transmitting the virus to others,” Temte explains. “Preventing one illness or additional complications is critical.”

Read More About Colds and Flu