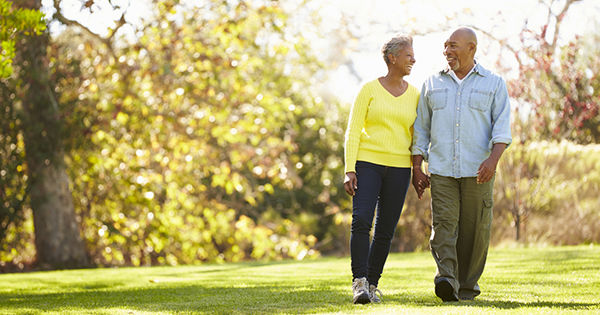 You're 68 years old and, gazing trepidatiously out the window at a rainy day, decide to spend the morning with Richard Ford's latest short story collection.

You adorn your favorite reading chair with a glass of jasmine green tea and crease the book's stiff spine, only to realize you've forgotten your reading glasses.

They're probably by the bedside table, you decide, and walk upstairs. When you get there, you have no idea why you came. After a few frustrating moments, you descend the stairs and, upon returning to the living room, see your book and remember the reason for your trip to the bedroom. The reading glasses.

"Another senior moment," you think, but is it more? Should you be worried about memory loss?

Not necessarily, says Barbara Bendlin, PhD, a cognitive neuoroscientist who studies the many facets of memory at the Wisconsin Alzheimer's Disease Research Center. As we age, says Dr. Bendlin, "memory loss is normal, and it's because we have shrinkage in the temporal lobes and the front of the brain."

The brain naturally loses volume with age, and researchers once thought the cause was a reduction in brain cells. Not true.

"We actually grow brain cells throughout the life span," Dr. Bendlin says. "Every day thousands are added to the brain."

Older brains lose 15 to 30 percent of their volume because the frontal and temporal lobes get smaller. It happens to everyone. "It's a normal part of aging," Dr. Bendlin says. "The brain shrinkage maps on to the types of changes in thinking older adults notice during aging."

Those changes are the temporary blips in memory older adults experience when confronted by departures from the norm or chaotic cognitive environments. Dr. Bendlin uses a seemingly mundane activity like driving as an example. We may think it's a simple endeavor, but driving requires complex machinations of the brain. Drivers have to deal with oncoming traffic, flashing traffic signals and dictatorial signs, and with the advent of GPS, a rather insistent voice telling them to turn left in 400 feet.

It's a lot to process, and "divided attention may cause problems," says Dr. Bendlin. "When we get older, we're perhaps not as well able to deal with less-than-ideal circumstances."

But these occasional memory lapses are not automatically indicative of Alzheimer's disease or dementia. Older people with perfectly healthy brains forget things all the time. (So do younger people, for that matter.) But memory loss associated with healthy aging returns. You forget something, but likely remember it later.

Warning signs for disease-aligned memory loss include persistent problems with: Challenges in planning or solving problems:

Repeated instances of the above warrant a trip to your doctor, because with Alzheimer's disease and dementia, early detection is the best way to prevent the advance disease symptoms.

You can also make adjustments to your lifestyle to delay or prevent disease-related memory loss.

"The best way to protect your brain is to be active," Dr. Bendlin says. "People who lead active lifestyles age better, and even if you've already been diagnosed, exercise can help you maintain your memory longer."

Here are a few ways to live a brain-healthy life: