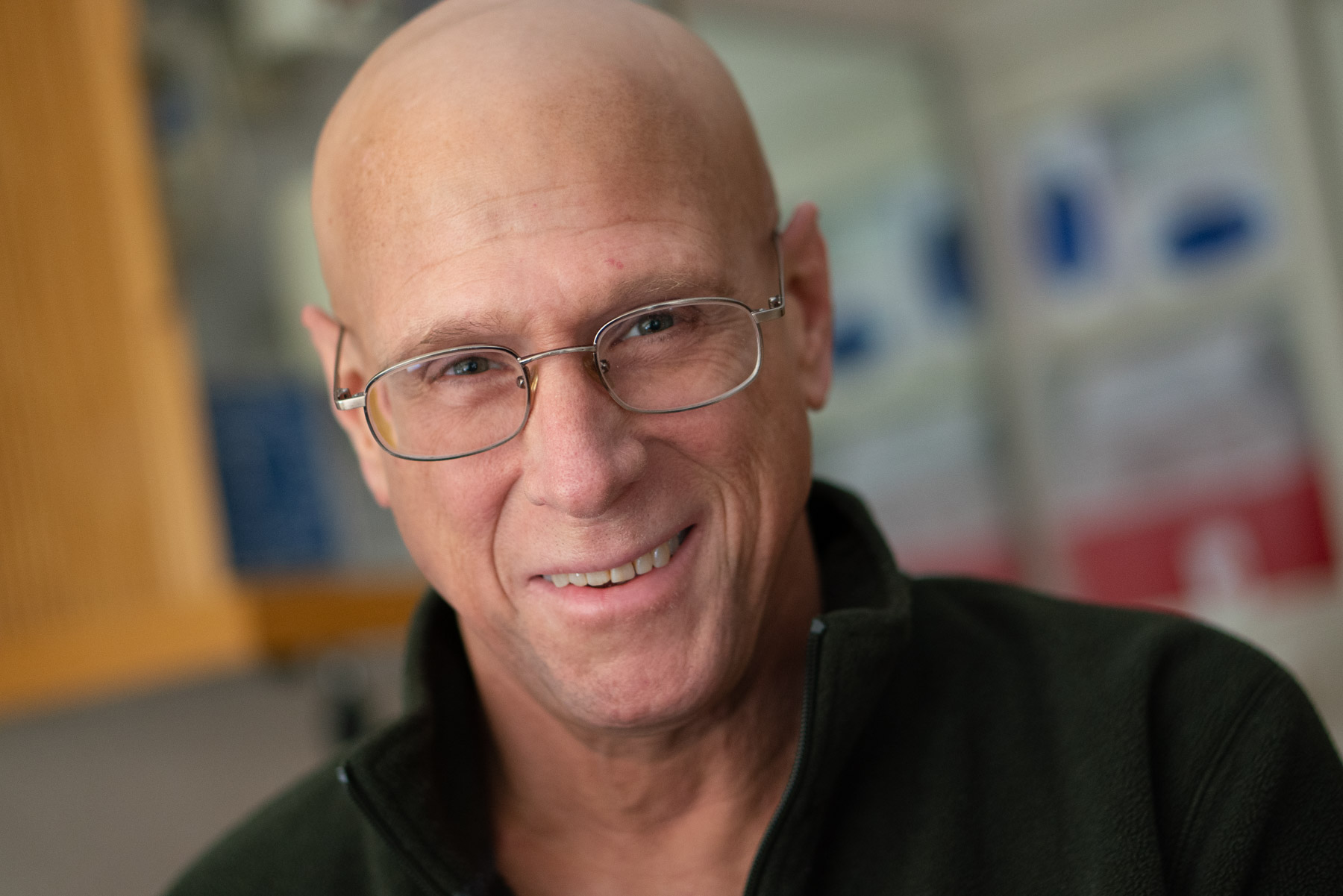 Rare condition can cause fatal scarring to lungs, kidneys

A Wisconsin man who had to quit singing in his church choir because he couldn't get a full breath is doing well six months after receiving University Hospital's first-ever bone marrow transplant for rare autoimmune disorder.

Charles "Chuck” Beschta of Shawano County had the most severe form of scleroderma, an incurable chronic disease that was hardening his tissue, and making it difficult to breath or eat.

"It's been a 180-degree turnaround," says Beschta, who was able to return to work at Miller Electric in Appleton. "Before, just walking 300 feet to my mailbox would totally exhaust. But I was able to go to the cranberry festival in Warren and walk around all day and never get tired. I feel terrific and what the doctors have done for me is just amazing.”

The transplant marks a new era for treating severe forms of scleroderma, a name that literally means "hard skin.” While more mild and common forms of the disease result in hardened patches of skin, severe diffuse scleroderma can cause deadly hardening of the internal organs, including the lungs and the kidneys.

Beschta's rheumatologist, Dr. Kevin McKown, says that statistics show that less than half the patients with this form of the disease are alive after 10 years. After a 2018 New England Journal of Medicine study showed that bone marrow transplant (BMT) significantly improved survival for these patients, he lobbied to bring the treatment to Madison, where BMT has been used for decades to treat various blood cancers.

"What was really amazing about this study, was that people started feeling better quicker than anyone expected," he says. "It's going to be a life-saving procedure for a lot of people. Once it came out, I knew we had an excellent BMT team here and thought that we should offer it.”

In April, Beschta came to Madison's University Hospital for a procedure normally done for people fighting cancer. Beschta lives in Bonduel, in Shawano County between Green Bay and Wausau, and works in Appleton.

Beschta, 55, started getting sick in summer 2017. He was first misdiagnosed with another chronic lung disease, but actually has the worst type of scleroderma - called diffuse scleroderma - and it began attacking his organs. He had to have surgery because his esophagus was so scarred he couldn't swallow his food, and he had to quit singing in his church choir because he couldn't get a full breath. He was hospitalized frequently, and mycophenolate, the only drug for his condition, stopped being effective. Without transplant, only about half the people with this severe form of the disease are alive after 10 years.

Dr. Mark Juckett, who leads UW's BMT team, says that first, stem cells are removed from the patient's bone marrow. The UW Hospital stem cell laboratory uses a special process to purify the cells to remove all the T-cells including those that are attacking the body and causing scleroderma.

Next Beschta had chemotherapy and radiation to kill off his old immune system and then his team gave him an infusion of the purified stem cells.

"We infuse the pure stem cells without the abnormal T-cells that cause scleroderma and essentially 'reboot' the immune system so that new T-cells are formed, while eliminating the ones that caused the disease," Juckett explains.

Beschta says he began feeling better almost immediately, while he was still in the hospital following his transplant in early April. Although he's had a setback of pneumonia this summer, his tests show that his pulmonary function is improving.

Beschta's transplant was the first in Wisconsin that was not part of the earlier clinical trial. The team at University Hospital is planning a transplant on a second scleroderma patient soon.